We are currently helping RMIT University engage & collaborate with their students, staff and industry stakeholders on a new 5-year strategy. In order to best involve and engage these folks – nearly 100,000 of them! – we needed to do a bit of innovation ourselves. As Lead Developer for Collabforge, this presented some interesting challenges and opportunities. We took the plug-and-play modularity of our technology to the next level and did something that hadn’t been done before.

Here at Collabforge, we are seeing more and more projects that are increasingly reliant on mass collaboration technology. If you’re interested in learning more about this from a technology perspective, read on – just a heads up though, this blog post is a bit more technical than others!

In order to engage, collaborate and/or innovate with lots of people outside your home, office, community or school, you need some kind of online digital platform. Our solution to this is Collabco, an open-source software platform built on Drupal that enables anyone with access to a computer to collaborate on projects, contribute to a shared plan, share knowledge in Wikipedia-style documents or as files and links, to discuss topics in their industry and more. The software is extremely modular in this sense – you can “turn on and off” certain features and the community who coded Drupal have thousands of freely available “modules” you can add into a platform.

Occupy activists were having difficulty in reaching clarity and consensus on issues.

For RMIT, we saw a fantastic opportunity to use another technology called Loomio. Loomio was born out of the Occupy movement, where Occupy activists were having difficulty in reaching clarity and consensus on issues. Loomio is a discussion tool where you can start a group on a topic you are interested in, invite more people to discuss that topic, and ultimately make a proposal out of that discussion – sort of like a poll. Participants can then Agree, Abstain, Disagree or Block the proposal – these are reflected in the Loomio software as pictures of hand gestures (interestingly, these were the actual hand gestures used in the Occupy movement to vote on issues). We felt that a grassroots technology developed by supporters of the Occupy movement was ideal for the students, staff and others who were about to embark on a journey that would guide the next 5 years of their University.

It’s a bit like taking your Public Transport card to another country and expecting it to tap on and off just like at home. 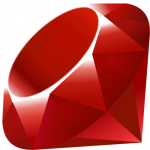 Here’s where things got interesting – at least from a technology perspective. Drupal is written in a programming language called PHP, while Loomio is written in a programming language called RoR (Ruby on Rails). As you might guess, trying to make the two technologies speak to each other is just like pairing two people who don’t speak the same language! But it gets a little more interesting – both systems have their own unique login and registration systems. It’s a bit like taking your Public Transport card to another country and expecting it to tap on and off just like at home. What we were wanting to achieve was something called Single-Sign-On (SSO) – you might have seen this elsewhere in the web, where website allow you to sign in using your Facebook, LinkedIn or Google account (and in our case, Collabco). We wanted not just to allow sign-in through our Drupal site, but for the two technologies to pass additional data between each other – and this integration had never been done before.

Integrating Drupal with Loomio was a world-first innovation, and extremely inspiring to see it in action.

There’s lots of great stuff to say about Loomio, and the parent organisation Enspiral – and how they’re shaking up the market with some pretty cool technologies and services with a refreshingly unique business model (see the website! www.enspiral.com). I’ll focus on RabidTech, who are Ruby on Rails developers under the Enspiral umbrella who work right next to the Loomio team. We engaged them to help us realise our crazy dream of integrating Loomio and Collabco. Pretty early on we decided the best way to get the two technologies to talk to each other was to get a common language between them. Specifically, this is called OAuth, and it’s actually an open standard (rather than a technology or programming language) which outlines how differing technologies/languages can work together to connect to each other. In collaborating with RabidTech, what happened next could best be imagined as building a bridge over a deep valley between the two technologies. RabidTech worked on building out their side of the “OAuth bridge” from Loomio, while Collabforge worked on the Collabco side. As we got closer to completing the bridge, there was a bit of work in lining it up right, but after much effort, deep thinking and diving deep into code, we got the bridge up! Now it was possible for someone to log into Collabco, and seamlessly be granted access into the Loomio technology. Integrating Drupal with Loomio was a world-first innovation, and extremely inspiring to see it in action.

The work we produced together (that is, the code) has now been open-sourced and shared with the world so others can benefit from it for free.

So where to now? We want to see more integrations beyond a simple login with Loomio and Collabco; we want to see them sharing information more closely and driving outcomes on both platforms. While that’s going to require a few more “bridges”, we think it’s going to create immensely exciting opportunities for people to collaborate even better. For us, the success of this integration is the beginning of something big, and we can’t wait to see our clients using the two technologies successfully.