British independent innovation charity NESTA has just released a new report, ‘i-teams: The teams and funds making innovation happen in governments around the world’. The paper focuses on the stories of 20 innovation units, teams and funds, with the criteria that each i-team is inside a government organisation, or otherwise set up and/or funded by the government. The report’s authors, Ruth Puttick, Philip Colligan & Peter Baeck, write:

Our objective has been to learn from the new practices being developed and implemented by city and national governments around the world – to understand their different approaches, their successes and their limitations. We wanted to create a field guide for political leaders and executives who have the vision to innovate and need to create the capacity to make it happen. Most of all, we wanted to learn from the practitioners who are shaping a rapidly evolving field. 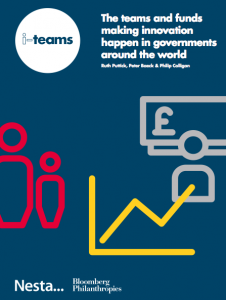 The i-teams were from all regions of the world, including groups based in South Korea, Singapore, the United States, Mexico, England, France, Spain and South Africa. Australia was represented by The Australian Centre for Social Innovation, which is based in Adelaide.

In order to glean learnings from these i-teams, NESTA delved into the work of each innovation group. For each group, the authors looked into:

The team were able to place each i-team into one of the following categories: 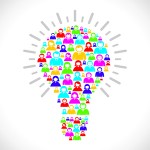 The report presented ten learnings from its research into the 20 teams, which covered elements such as funding models, team dynamics and the team’s value.

Collaboration is often a key factor that helps create innovative ideas. Unsurprisingly, while the case studies were used to draw out learnings for driving innovation, the following pointers can also be applied to collaboration:

“Have a bias towards action and aim for rapid experimentation, combining early wins with longer term impacts.” “Relentlessly measure impacts, quantify successes, and be sure to stop what isn’t working.” Both these points tie in with Collabforge’s lean collaboration approach, based on the lean startup methodology. On Epic Collaboration, it is mapped out as the ‘Embrace Agility and Action Learning’ pattern.

“Build a team with a diverse mix of skills and a combination of insiders and outsiders to government.” This links in with the ‘Map Participants’ pattern on Epic Collaboration.